The City of Springfield, Massachusetts offers a diverse array of arts and cultural experiences suitable for families and those of all ages.

The project became a reality after going through an exhaustive local competition as well as local and statewide ballot measures. MGM Springfield is one of the first casinos in the country designed to connect with its surroundings with Main Street ground floor retail, many points of entry, and nongaming related amenities including movies, ice skating, and bowling.

One of Springfield′s best known natives is Theodor Seuss Geisel, better known to the world as the beloved Dr. Seuss, born in 1904 on Howard Street in Springfield, Massachusetts. 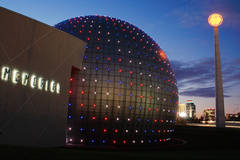 Another unique attribute in downtown Springfield is the Springfield Symphony Orchestra. The Springfield Symphony Orchestra performs at Symphony Hall, a 2,611-seat venue home to Broadway-style theatre, top-quality children’s programming, internationally-recognized speakers and numerous concerts and performances. Built in the early 1900s, the historic building underwent an extensive renovation in the fall of 2004. Symphony Hall has played host to acts such as Jerry Seinfeld and a host of theatre performances such as Rent and Chicago. 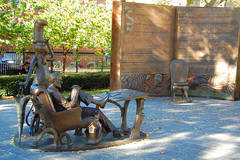 The area also offers many sporting opportunities. The Springfield Thunderbirds, a professional hockey team, play at the MassMutual Center which also can host conventions and music concerts. Nearby is the Naismith Memorial Basketball Hall of Fame complex and a new $17 million L.A. Fitness facility with a restaurant and sports medicine facility under construction on the riverfront, all located right off of I-91 and within walking distance from Court Square. Local universities also offer many different sports for both men and women.

Worthington Street in the entertainment district

Max′s Tavern at the Basketball Hall of Fame (Chop House) 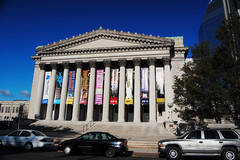 Pazzo Ristorante at the Basketball Hall of Fame (Italian) 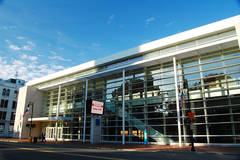