A Great Place to Live and Work 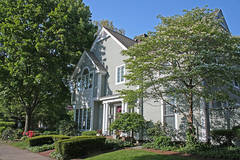 With wonderful neighborhoods, world-class museums, and fantastic dining and shopping, Springfield, MA is a wonderful place to live and work. Springfield is conveniently located in the heart of the Pioneer Valley, boasting many incredible hiking trails, conservation land and parks, as well as many local farms and products. The Berkshires Region is only a quick trip across the Massachusetts Turnpike, and offers a taste of the rural countryside with fantastic concerts, art, skiing, and more.

In 2007, Country Home Magazine named Springfield the 4th “Greenest City” in the United States. One such reason is the amazing parks in the city. The largest and centerpiece of the city park system is the Olmsted designed Forest Park, which is surrounded by the Forest Park neighborhood which features a wide stock of stately historic homes. Forest Park is home to our annual “Bright Nights” celebration. Known world-wide for its family-fun attraction, in 2013 Bright Nights at Forest Park has been selected by the American Bus Association (ABA) as one of the Top 100 Destinations in North America- For the seventh time! 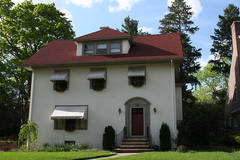 Springfield also has seventeen neighborhoods, each possessing distinct and diverse qualities. A group of city residents have developed a website touting some of the great neighborhoods of Springfield. Visit Choose Springfield here: www.choosespringfieldmass.com 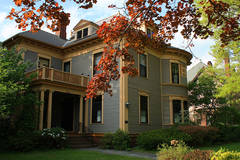 The City of Springfield is full of great opportunities for residents and visitors. Click below to get a sample of what Springfield and the rest of the Pioneer Valley has to offer!

Government: For information about the city government and departments in the City of Springfield, visit Springfield City Hall: http://www3.springfield-ma.gov/cos/ 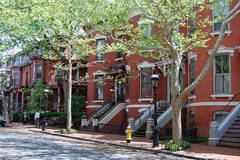 The idea behind the program is for police to work closely with residents of each area, to share information and ideas, with an eye toward reducing crime and improving quality of life. It’s a collaborative effort between Springfield PD and the State Police, who host weekly meetings for citizens to interact and talk with police officers on a wide array of community issues and efforts. The program’s success has brought it much acclaim, and made it a model for similar efforts nationwide.

According to statistics provided by Springfield police, crime in the North End C3 area is down by 20 percent between 2008 and 2014. Assaults are down 38 percent, burglaries by 29 percent and larcenies by 22 percent.